We have nine different price points and six different color tags, so our inventory management needs multiply very quickly. We chose Retail Pro because it has what it takes to manage all our 500,000+ inventory items.

Don't have time to read the full story? 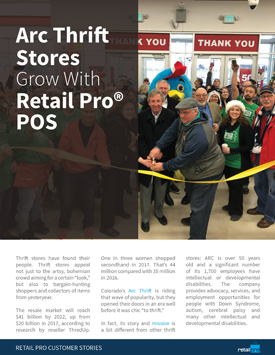 Thrift stores have found their people. Thrift stores appeal not just to the artsy, bohemian crowd aiming for a certain "look," but also to bargain-hunting shoppers and collectors of items from yesteryear. The resale market will reach $41 billion by 2022, up from $20 billion in 2017, according to research by reseller ThredUp. One in three women shopped secondhand in 2017. That’s 44 million compared with 35 million in 2016.

Colorado's Arc Thrift is riding that wave of popularity, but they opened their doors in an era well before it was chic "to thrift."

In fact, its story and mission is a bit different from other thrift stores: ARC is over 50 years old and a significant number of its 1,700 employees have intellectual or developmental disabilities. The company provides advocacy, services, and employment opportunities for people with Down Syndrome, autism, cerebral palsy and many other intellectual and developmental disabilities.

Today, Arc Thrift is opening new locations at a clip of 2 to 3 per year, for a current total of 29 stores. The spreading store footprint is no doubt benefiting from television programs such as "Tidying Up with Marie Kondo," which highlight the joy of cleaning out closets, bookcases, garages – no nook or cranny is safe. All those hidden gems are finding their way to stores such as Arc, which is now leasing buildings that once were homes to the likes of Kmart, Sears and Safeway. 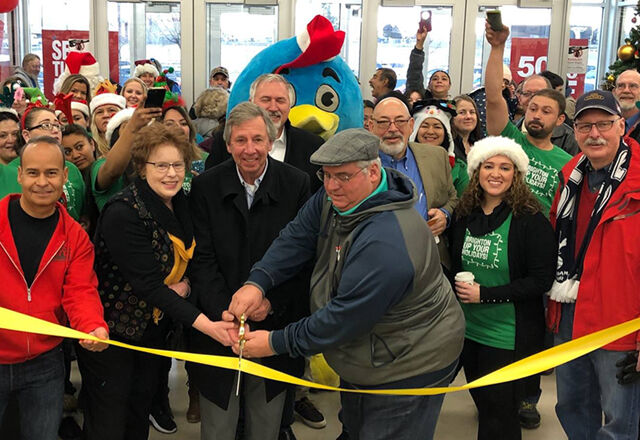 
By 2004, Arc had experienced a significant growth spurt and needed a more rugged, more robust POS software that could accommodate at least 500,000 lines of inventory. Corissa Figaro, from Arc IT, chose Retail Pro for its deep store management functionality and its Oracle database, which would give them the inventory capacity they needed with ODBC functionality to integrate into existing functionality .

"We have nine different price points and six different color tags, so our inventory management needs multiply very quickly," said Figaro, "We chose Retail Pro because it has what it takes to manage all our 500,000+ inventory items."

Figaro builds Arc Thrift's operations in Retail Pro with support from their Retail Pro Business Partner, Big Hairy Dog. "Big Hairy Dog always goes out of their way to make sure our stores & our large database works as efficiently as possible," commented Figaro. "They have been more than available for us whenever we are in need. Our stores are open 7 days a week, mostly from 9 to 9, so availability of support is very important. Big Hairy Dog seems to 'get' business needs and accommodates our need for 'up time'." 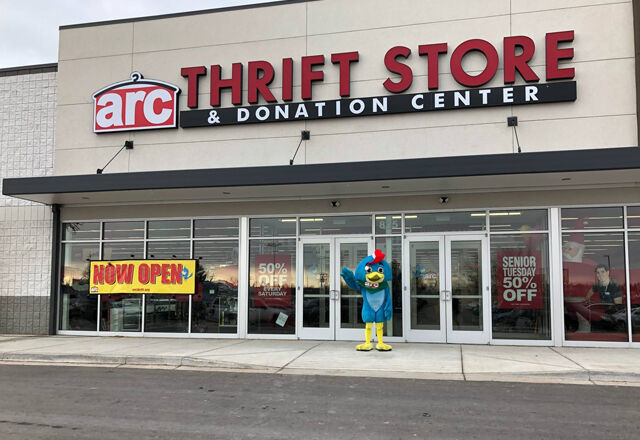 
Retail Pro’s accessible API enables retailers to customize the software to their unique business needs. Arc Thrift leverages a customization from M&M Enterprise, a Retail Pro Development Partner, to track and implement their promotions, which are different from those of other traditional retailers.

Consider their "rainbow" pricing scheme. The color tags they use for inventory reflect when a product was donated, rather than its size or style. Colors are a quick and accurate method of keeping inventory moving quickly.

Like most thrift stores, Arc continually discounts items on a weekly basis. If a product is still on the floor after a couple of Saturday sales, that's an indicator of it not selling, so it's moved along. That can mean it is warehoused for the next season or sent elsewhere for its next life in the aftermarket. No item is in inventory longer than five weeks. Much of it moves far more quickly: "We run 5 million transactions annually. Retail Pro helps us check out customers much more efficiently, which is especially important on sale days, when lines wrap around to the back of the store!" Figaro commented. 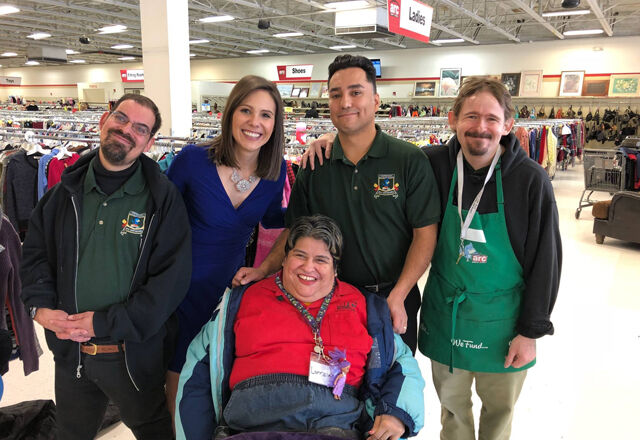 Everything Arc Thrift does is arranged to be customer-centric. But perhaps the biggest advantage to shopping at Arc Thrift is the feeling shoppers get knowing that the great vintage dress or lamp they just bought has offered an important opportunity to someone else. And that’s a huge bonus to what’s in their shopping bags. 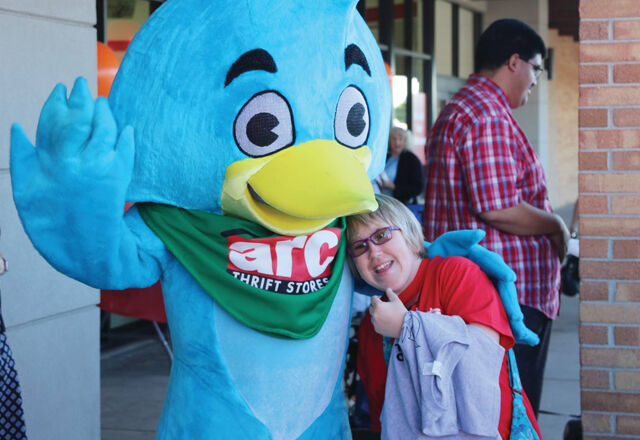 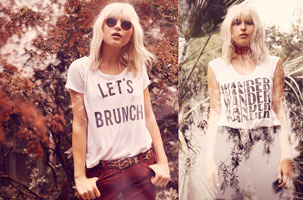 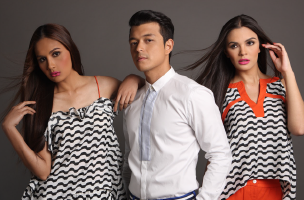 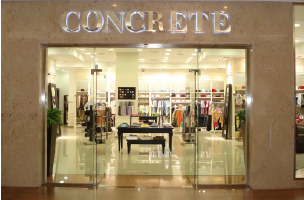 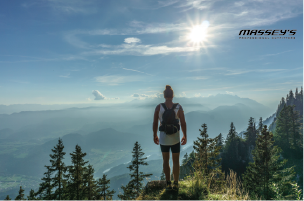 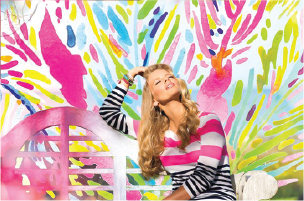 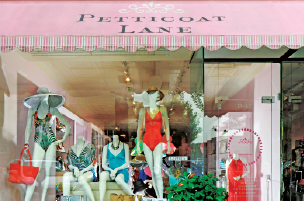 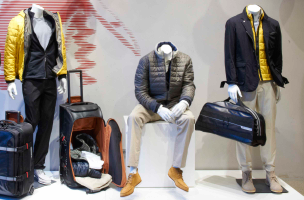 "We have nine different price points and six different color tags, so our inventory management needs multiply very quickly. We chose Retail Pro because it has what it takes to manage all our 500,000+ inventory items." 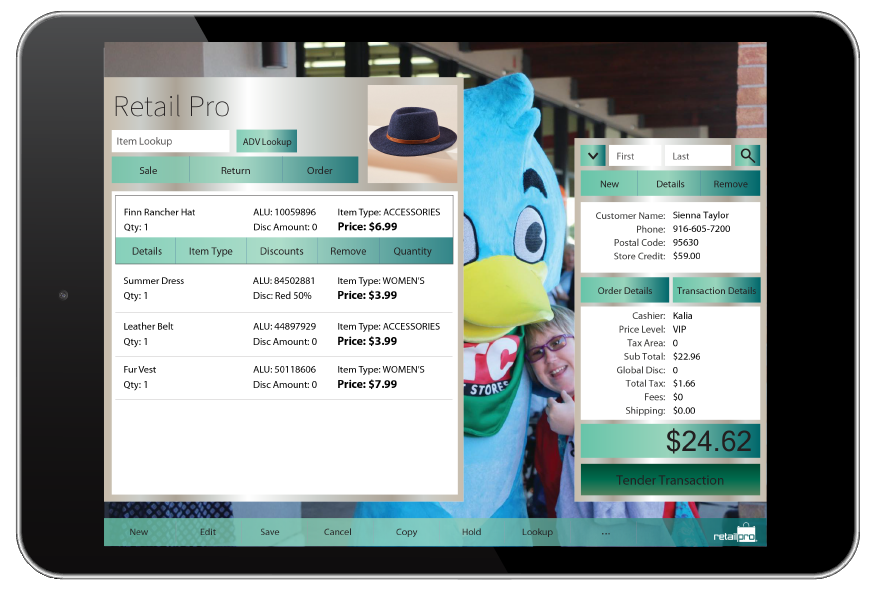 Retail Pro International (RPI) is a global leader in retail management software that is recognized world-wide for rich functionality, multi-national capabilities, and unparalleled flexibility. For over 25 years, RPI has innovated retail software solutions to help retailers optimize business operations and have more time to focus on what really matters - cultivating customer engagement and capitalizing on retail's trends. Retail Pro is the chosen software platform for omni-channel strategy by retailers in 130+ countries.